All about boat networks

The ultimate guide to boat sensor networks and how you get the most out of your Orca Core.

One of the most frequently asked questions we receive from people interested in purchasing an Orca system is:

– My boat has an existing network of sensors. How can Orca connect to them?

The short answer is that Orca is able to connect to almost any sensor and device on your boat.

If your boat is fairly new, built during the last 10 years, installing Orca is often a matter of connecting your Core via a single cable and you’ll be ready.

If your boat is older, you may need a converter device that acts as a translator between your current sensors and your Orca.

This article explains how you identify the network type on your boat and how to install and connect Orca to it.

Why should I connect Orca to my boat?

A lot of boats have sensors that make navigation easier and safer.

By connecting these sensors to Orca, you’ll get all the information you need on your primary navigation display in a clean and simple way.

Orca also lets you build instrument panels just the way you want them, and set up multiple panels for specific maneuvers. View rudder angle and speed through water while mooring, and fuel consumption and battery levels while you are underway.

Orca also logs your instruments whenever you go on a trip. That way, you can easily check how deep that narrow straight actually was, and if your battery reached full charge before you arrived. 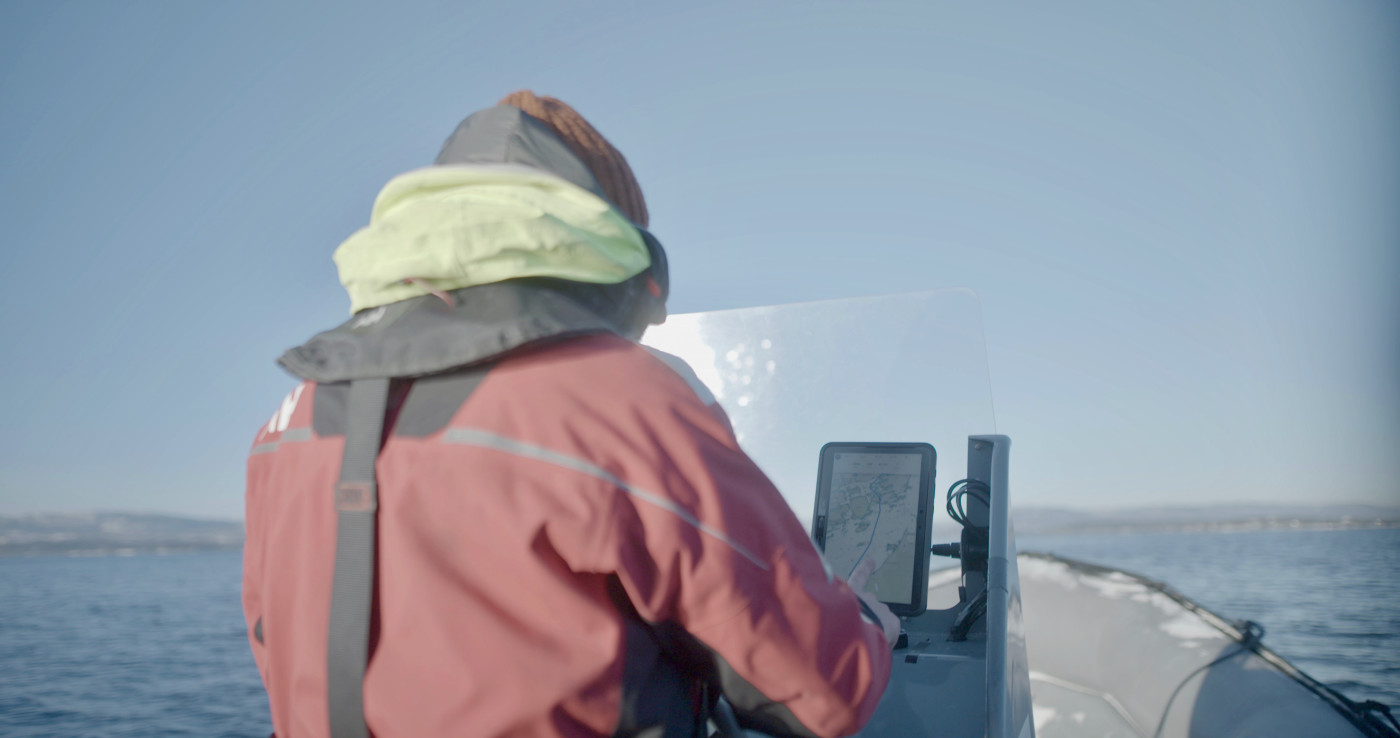 Orca's RIB has a Mercury Engine Gateway for fuel and engine monitoring along with a Garmin Intelliducer for depthfinding.

Redundancy is another common reason for upgrading to digital sensors. Traditional analog gauges can fail in ways that are often hard to detect – and having digital instruments adds a lot of safety.

How does Orca Core connect to my boat?

Orca connects to your boat’s systems and sensors via a standard NMEA 2000 Micro-C connection. NMEA 2000 is the modern communication protocol for boats and is widely regarded as the industry standard for connecting boat electronics.

What are network standards and how do they work?

Network standards define how your onboard systems, such as a chartplotter and an AIS receiver, are connected and share information with each other. The six most common marine network standards are:

NMEA 0183 was the industry’s original effort at developing a standard communication format for onboard networks. NMEA is short for, National Marine Electronics Association which developed and patented the standard.

The devices typically connect via individual wires, connected directly between each other or via a junction box, which can make installations and replacements complicated.

NMEA 2000 is much faster than NMEA 0183 and is designed to be a plug-and-play solution for connecting sensors to display units. The plug-and-play nature of NMEA 2000 makes it a lot easier to add new devices to the network.

Garmin, Simrad, Lowrance, and B&G have fully adopted NMEA 2000 on all their modern equipment.

Both of these network standards are owned by Raymarine.

SeaTalk1 was released at the same time as NMEA 0183 and was very similar to it, but SeaTalk1 has some differences from NMEA0183. The most significant is a simpler cable and connector design that lets you more easily add additional devices to the network.

SeaTalkNg is Raymarine’s version of NMEA2000 and, similarly to its previous iteration of SeaTalk, it includes some design differences compared to the standard NMEA2000 cabling.

SeaTalkNg is however fully compatible with NMEA2000 networks and vice versa.

Beyond those, there are some less common options like Simnet - which was originally designed by Simrad - and NKE which is specialized in sailing instruments. Simrad and NKE also created converters to make those networks compatible with NMEA networks. 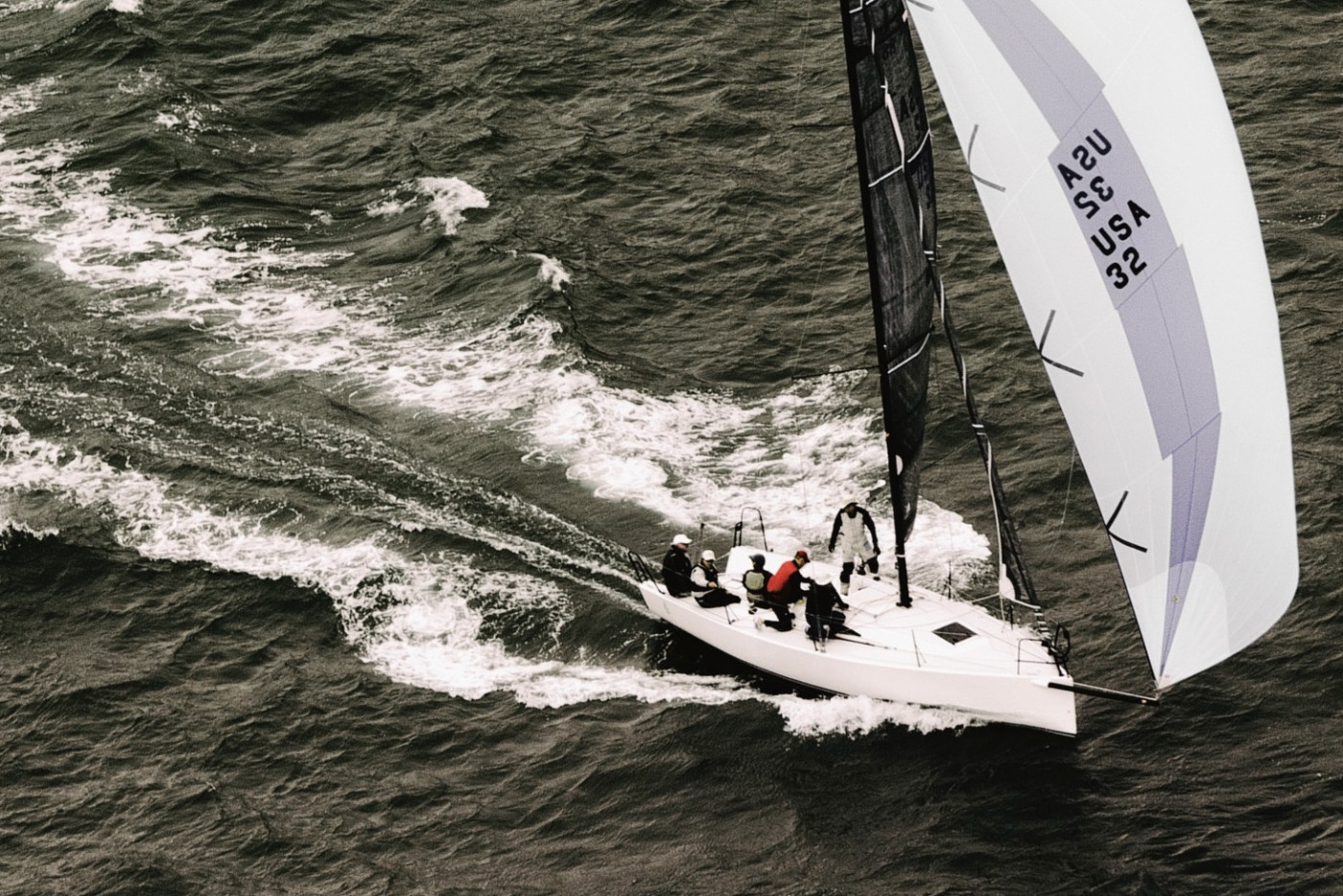 How do I identify which network my boat uses?

The easiest way to identify your network is to read the instruction or installation manual of your electronic devices – such as your existing chartplotter, VHF, AIS receiver, or engine gateway.

In some cases your boat may be running two network types in parallel and your devices may support multiple network types. Because of this, it is a good idea is also to check the physical connectors on your boat to be 100% certain.

In a lot of older chartplotters with NMEA 0183 support, the chartplotter’s power cable also includes NMEA 0183 cables. Follow the cables from your chartplotter to see if they branch out into 2 to 5 thin cables with different colors.

These cables are usually connected to a junction box, also known as a multiplexer, or directly to peripheral devices such as your VHF, AIS, or transducer.

If those cables resemble the image below, it is likely you have an NMEA 0183 network. 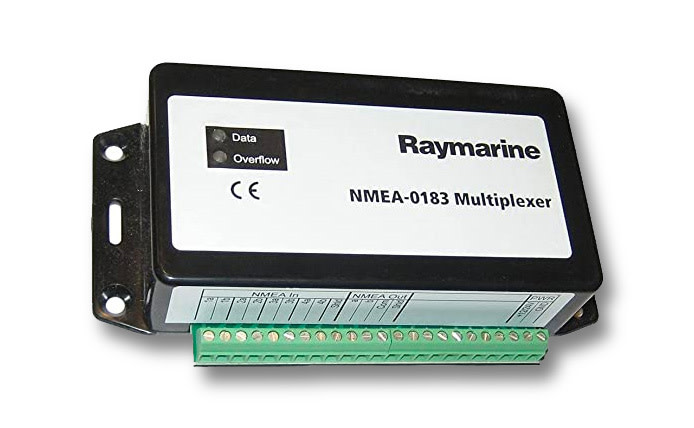 A Raymarine NMEA 0183 Multiplexer. The terminal block on these devices is typically full of wires running between your sensors and chartplotter.

This is a close-up image of an NMEA 0183 cable. The cable ends are typically split into two to five different wires, each with a unique color.

Most chartplotters made in the last ten years have NMEA 2000 support. The easiest way to identify that you have an NMEA 2000 network is to look at the connectors on the back of your chartplotter. 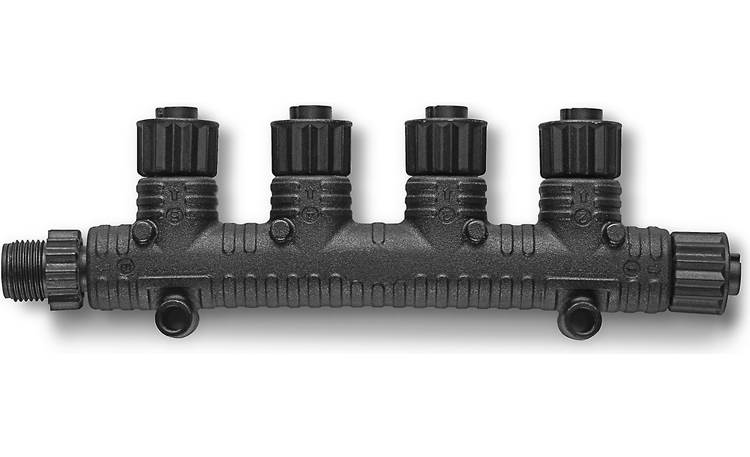 An NMEA 2000 backbone block, with room for 4 drop cables on the top. The backbone can be extended via the horizontal connectors.

If you own Raymarine equipment made more than 10 years ago, you likely have Seatalk1. Look at the back of your chartplotter or instruments to see if you have the following banana-shaped connector to verify that you have a SeaTalk network. 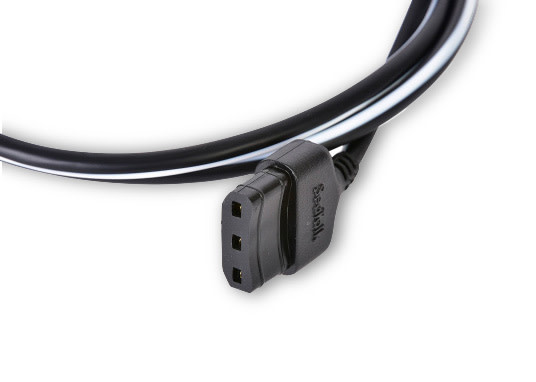 The Seatalk1 connector is clearly labeled Seatalk, has three holes, and is slightly curved.

If you own Raymarine equipment made during the last 10 years, you likely have a SeatalkNG network. Follow the cables from your chartplotter and look for black and white cables connected to blue connectors like the illustration below. 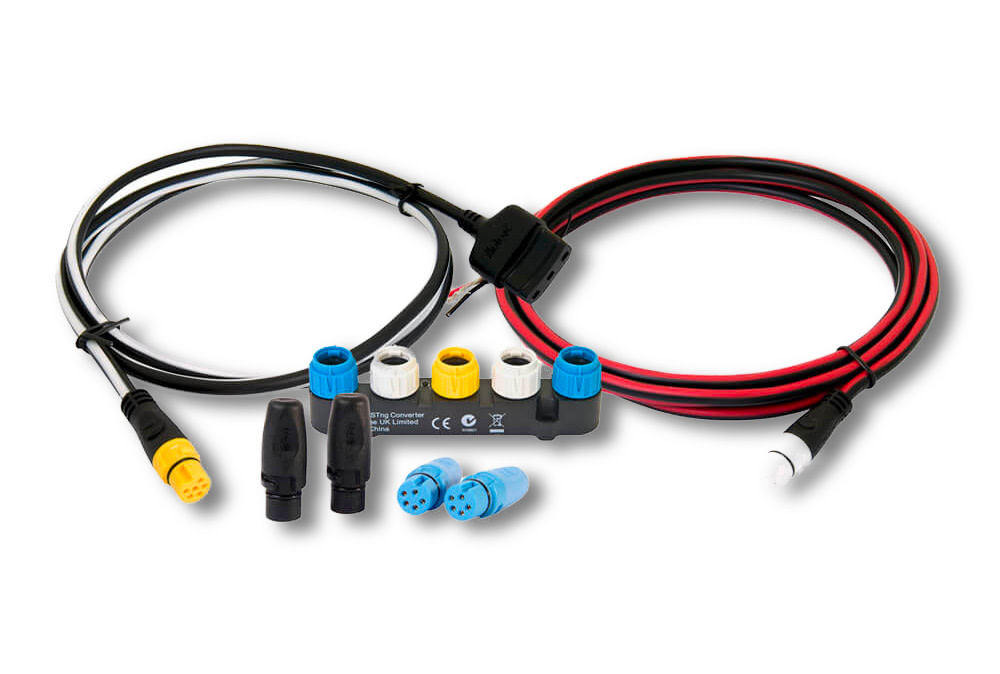 A complete SeatalkNG network with a power cable, terminators, and a bridge to Seatalk1.

NKE offers only sailing devices and sensors and is easy to identify: If you have NKE instruments or sensors aboard, your network is NKE Topline. You’ll likely also have NKE boxes and sensor bridges at various locations onboard, like the Analog Monitor box below. 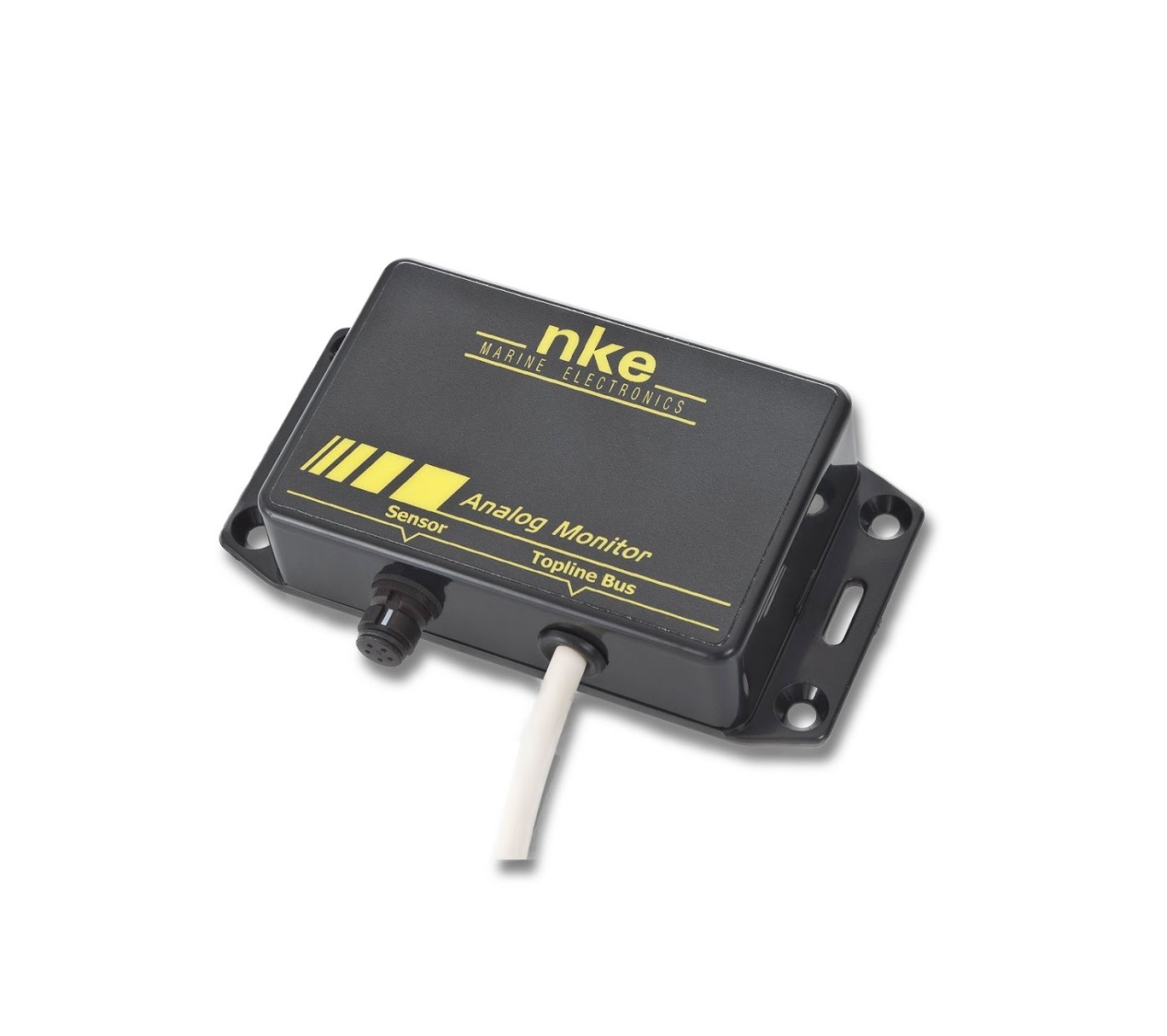 An NKE monitor box for interfacing with analog sensors. 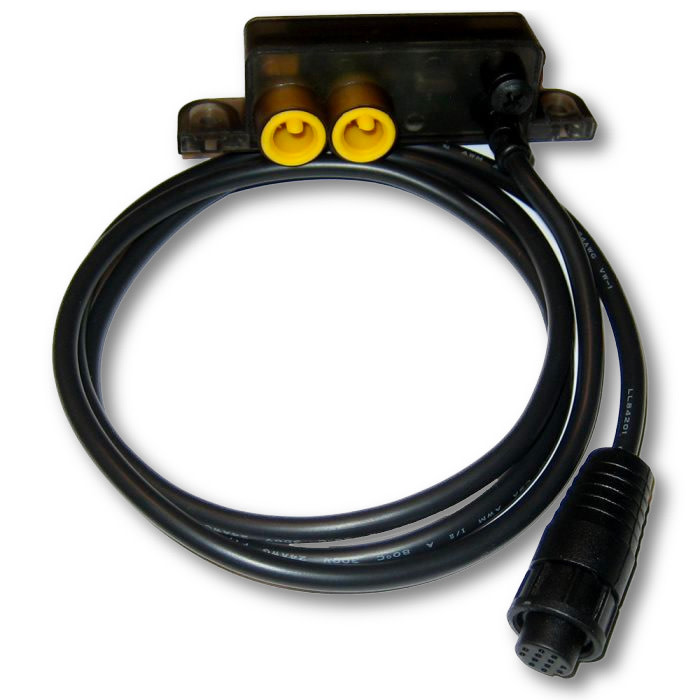 Simnet networks are easy to identify with the black and yellow color marking.

Still not sure what is aboard?

If you have checked your boat instruments and are still unsure of which network you have, we are more than happy to help you out. Send us photos of your electronics to hello@getorca.com, and even better, photos of the connectors that run between them and we will help you.

I know which network is on my boat. What do I need to connect it to Orca?

You’ll need an NMEA 0183 to NMEA 2000 converter along with an NMEA 2000 backbone. We recommend Actisense and YachtDevices converters and Garmin's backbone.

No additional equipment is needed. Extend your network with the supplied T-connector in your Orca Core package and connect your Core.

You’ll need a Raymarine SeatalkNG to NMEA2000 cable and possibly a Raymarine T-connector if you don’t have a spare one.

Your options are cables with Raymarine part numbers A06045 and A06075. More info can be found on Raymarine’s website

You’ll need a Raymarine Seatalk to SeatalkNG converter along with a SeatalkNG to NMEA 2000 cable. The converter's part number is E22158. You can find several options on Raymarine’s website:

You’ll need an NKE Output Interface Box to bridge the network to NMEA 0183, and then convert it to NMEA 2000 as described in the first section of this paragraph. NKE outputs at 38400 baud, so you'll likely need to configure your NMEA 0183 converter to read this output.

What can I expect once it’s all connected?

Your Orca Display and Orca App will now be able to read all the data on your boat’s network. Should you have a supported autopilot, Orca will also be able to control it as well.

The Orca Core is a truly modern device that broadcasts your network data wirelessly. This means you’ll be able to view it and work from anywhere aboard, on your phone, tablet, and Orca Display.

A lot of work aboard happens away from the helm, and the convenience of always having access to important navigation information makes life aboard a lot easier. 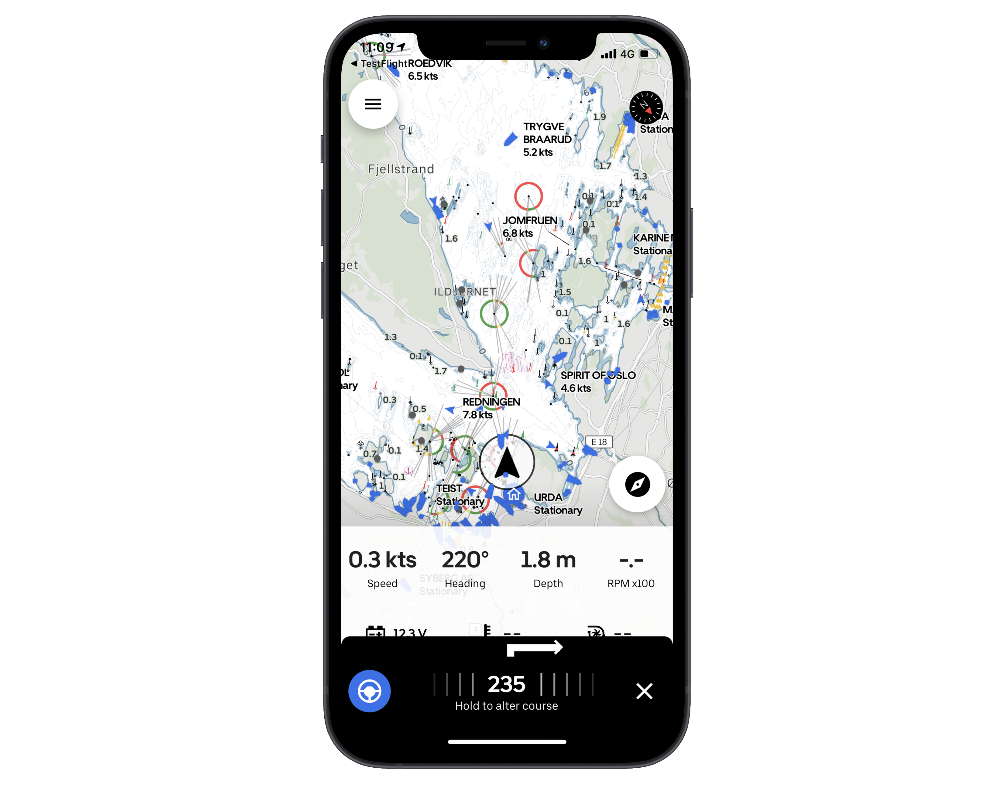 Wireless autopilot control from your phone makes life easy on the foredeck.

The flexibility of Orca's wireless network really changes how you think about navigation when you are away from the helm. Since Orca also runs on your tablet and phone, you also have a lot more redundancy than traditional systems.

Ready to order your Orca system?

The Orca online store is the exclusive source for Orca equipment. Get free express shipping and 30-day satisfaction guarantee on all orders, which makes it easy and risk-free to try Orca. Start your journey with Orca today, visit the online store.