Installing Orca in your boat

Getting started with Orca

What is a marine co-pilot?

Navigation systems for boaters come in many shapes and forms. Some use paper charts, others prefer chartplotters, MFDs, mobile applications, or a mix of these.

At Orca, we’re building something quite different. 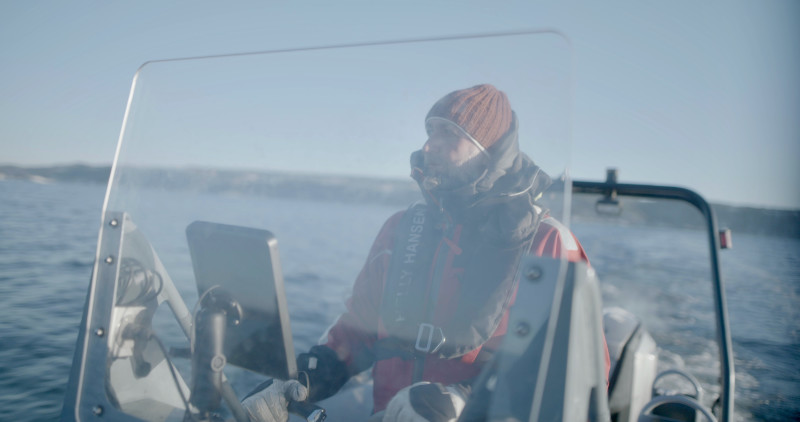 We call it a marine co-pilot, and it is a fundamentally different system than the traditional MFD, chartplotter, and mobile applications.

A co-pilot is built on the following four pillars:

Fundamentally, a marine co-pilot helps boaters find their way at sea, provide better situational awareness and help take better decisions by collecting and analyzing data. Below we will explain how Orca is doing it.

To deliver on the four pillars, the co-pilot needs access to the internet. The co-pilot uses its internet connection to download weather forecasts, upload trips for analysis in the cloud, and review AIS data to predict busy shipping lanes along an upcoming route.

This internet connection does not need to be permanent.

The Orca co-pilot downloads trip-critical data along upcoming routes and for your current area. While real-time data gives the best insights, a few hour old data is still a very valuable aid to navigation. Marine charts are always stored permanently on the co-pilot.

The Orca co-pilot can connect to the internet via WiFi and with its built-in 4G cellular connection. Depending on your need, you can use WiFi and pre-download data at home or in the harbor before departure. You may also insert a SIM card into the Orca Display to have a constant internet connection whenever you are within cellular coverage.

Modern cars offer these types of services via their in-car navigation systems. In 2021, we expect intelligent re-routing and accurate range estimation on shore, and at Orca we believe you should expect the same while offshore.

Charts are the core of any marine navigation system. The Orca co-pilot uses a custom-built chart system. We chose this path because we wanted to provide the best chart experience we could build, on par with the most modern in-car navigation systems.

Our primary goal with the charting experience was to address the pain points of the current generation systems: We removed SD-cards, chart zone restrictions, and greatly improved the chart performance compared to MFDs and chartplotters of today. 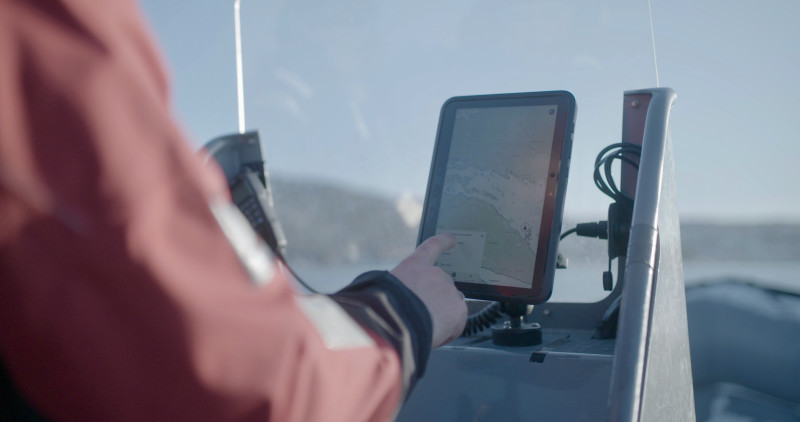 On top of that, we don’t divide our charts into zones you have to purchase individually. With Orca, you’ll get access to all our charts with no geographical restrictions. Orca charts are built on top of data from Official Hydrographic Offices, private survey organizations, and our own data.

Fuel, engine instrumentation, AIS, and depth information help boaters make better decisions. Not all boats make this data available via NMEA2000, but should it be available on your boat, the Orca co-pilot will display this information. This allows you to direct your attention to a single display rather than multiple gauges or screens, which in turn gives you more time for your surroundings.

Another benefit of digital instrument data is that it can be combined to give you a better understanding of your situation. Data from the fuel consumption sensor in your engine can be combined with your fuel tank level and your current speed to give you an accurate estimate of your operating range. The Orca co-pilot cleverly adjusts itself to these types of scenarios depending on what data is available on your boat.

Should you have questions about which products can help you digitize your instrument data, don’t hesitate to reach out at hello@getorca.com.

A common challenge at sea is changing weather conditions. Local conditions can change rapidly and check the latest weather forecast regularly for your current location and along a planned route is time-consuming and draws attention away from active navigation.

Orca monitors the weather forecast along your entire route and predicts your progress based on your past trips. If it detects changes that can affect navigation, such as a significant increase in wind speed or change in direction, heavy waves, fog, or rainfall, it will notify you so you can review the updated forecast and decide if you want to adjust your route. 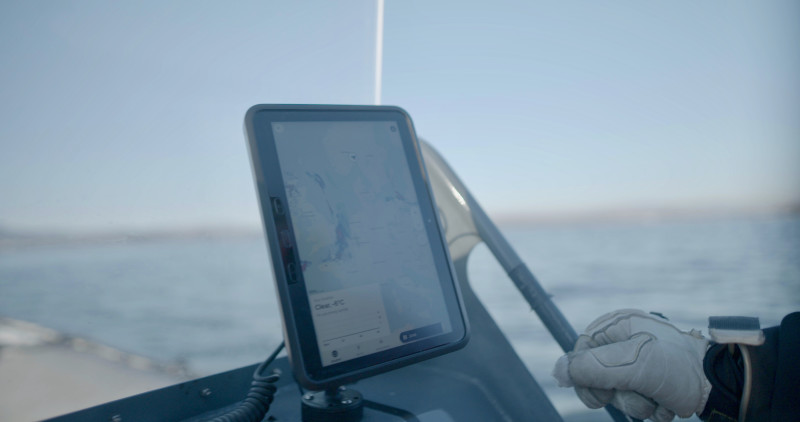 If you have digital instrumentation for your fuel tank and engine, the Orca co-pilot will monitor these to determine typical usage patterns. With these patterns, Orca informs you of how much fuel you can expect to use for a given route, and if you should consider refueling based on the fuel you have left.

Orca’s route engine not only finds routes at sea but is also able to understand navigational complexity. With this information, it informs you of potentially challenging navigational zones like narrow straits and shipping lanes. The co-pilot will highlight these zones and AIS targets that are likely to pass in close proximity as you navigate.

Logbooks have always been a staple of the diligent mariner. While some may find it too time-consuming, the value of a good logbook is hard to deny.

The Orca co-pilot logs navigation information including engine, fuel, and battery data. This data is automatically uploaded to the Orca Cloud for analysis. The Orca Cloud segments the logs into trips, reviews fuel consumption and boat performance.

With this analysis, boaters can make informed decisions about their optimal cruising speeds and determine if boat performance has decreased significantly due to fouling, barnacle, or algae growth. 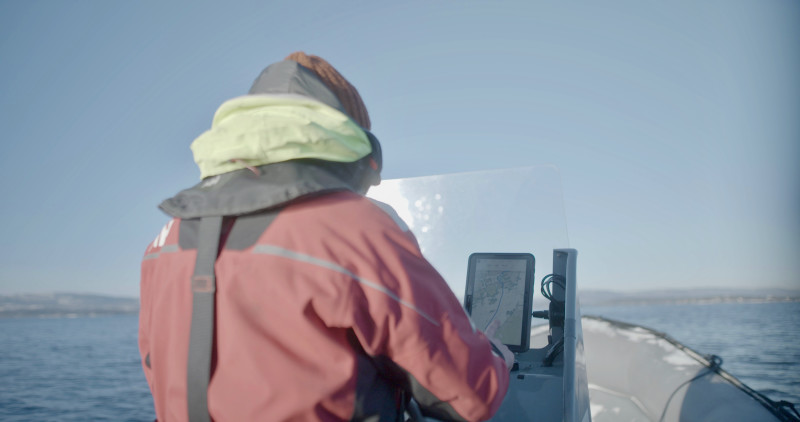 Trip analytics also lets the co-pilot learn regular operating parameters for your boat. For instance, it can detect impeller failure by monitoring your engine temperature and notify about abnormally high or low boost pressure for a given engine throughput.

As the co-pilot learns more about your boat, it becomes better at understanding what is normal and what is abnormal behavior. While you should always pay attention to these things by yourself, the Orca co-pilot helps you keep track of the past, so you can take better decisions about the future.

The Orca co-pilot uses anonymized and aggregated travel information to build recommended tracks at sea. The system identifies “hot zones” where boats commonly travel and builds virtual track networks in these busy areas. We use advanced statistics and review bathymetry data in the zones to only build recommendations that are commonly trafficked by a wide range of boats.

When enough boats have traveled in a hot zone, the recommended tracks in that zone gets added to the Orca charts. By following these recommended tracks, you can navigate like a local, even if it’s your first time at a harbor or narrow strait. 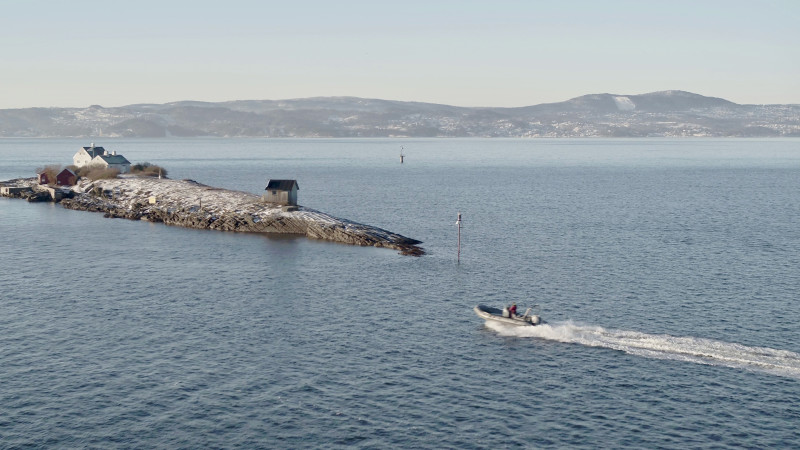 The recommended tracks are also used to improve the Orca co-pilot routing engine. Over time, the routing engine will go beyond relying solely on chart data and gradually adapt to how boaters behave in local scenarios.

Crowdsourced bathymetry data is anonymized. We take into account local tidal variations and a myriad of other factors when we decide to include or discard a crowdsourced data point in the Orca charts. Boaters who don’t want to contribute with data can always opt-out.

The future of the marine co-pilot

The examples above are just the first stepping stones for the Orca co-pilot. The system updates itself automatically via the internet, so expect it to cover new use-cases over the coming months and years.

We find the future of boating exciting and hope you do as well.

Should you have any questions, feedback, or be interested in contributing to this vision in any way or form, don’t hesitate to reach out at hello@getorca.com.

Next up, who is Orca designed for?